Life misguided is often ruined. Forever indebted I am to my Gurus who showed me the right path

Vaibhav received strong foundation in Bharatanatyam under Smt. Saroja Srinath. This was further strengthened with his Bachelor’s degree at Nalanda Nritya Kala Mahavidyalaya, (established by Dr. Kanak Rele) affiliated to University of Mumbai. During his Master’s degree and later Vaibhav perfected his dance technique under the guidance of Smt. Tangamani Nagarajan.

Having received Distinction with First Class at the Bachelor’s and Master’s Degree Vaibhav came under the tutelage of his mentor Dr. Kanak Rele from whom he received advanced training in abhinaya and performance technique.

A holistic approach to dance and the basics of Kathak received from Smt Rajashree Shirke has further defined Vaibhav’s dance. He has also undertaken extensive theatre training under Shri Chetan Datar. 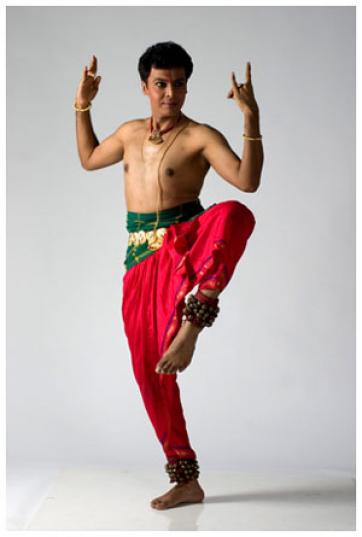