A creative choreographic piece performed in the Bharatanatyam style. Different facets of Shiva are woven in to this dance work.

Shakti- is the supreme untameable, universal energy. “We bow to you oh! Durga”- the one who is the most splendid manifestation of Devi. Virginal and sublime she contains within her the power of all gods.

He is worshipped as Ardhanarishwara (Shiva-Parvati) and Hari-Hara (Shiva-Vishnu). The only god who merges his identity to have this concept of dual-principle godhead.
The Bhakti bhava's are various relations that the bhakta enjoys with his ishata-devata, in this case Shiva. The various bhakti-bhav-s are: Madhura bhava bhakti, Kanta-sakti, Sakhya bhakti, Dasya bhakti, Shanta bhakti which are narrated through dance.

Nataraj- the cosmic dancer- represents the constant bio-dance of life-creation, sustenance and dissolution. He who cannot be seen but can be realized through the manifestation of five elements. 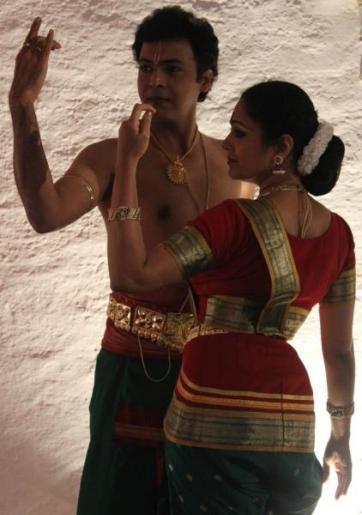